April 3, 2015:  Thank you for letting Heather and I go to Houston to follow the improbable Villanova NCAA tournament run.  It has been a lot of fun so far.

A few random thoughts about the Final Four experience…..

Watching an NCAA Final Four is a weird experience.  A Final Four means that four different teams are involved, and four different fan bases are there.  Unlike a typical sporting event where there is a “home team” and an “away team”, every team at a Final Four is an “away team”.  Each of the four teams had a few thousand fans in the stadium.  But there were also Houston locals who wanted to be there for the experience, and some hardcore basketball fans who wanted to see the Final Four.   The “feeling” in the stadium was different from a typical sporting event, in a way that is hard to explain.

Being at a Final Four involves watching a basketball game in a stadium.  Our seats were upstairs, so the viewing was difficult.

What happened next was historic.  Villanova went on a 25-0 run.  Their defense appeared to overwhelm Oklahoma.  I read online that had Villanova not scored a point in the first half, they still scored enough points in the second half alone to win the game.

I have mixed feelings about writing this blog.  Heather and I are in the airport preparing to come home.  Our plan is that Heather wants to be on campus to (hopefully) celebrate the national championship victory on Monday night.

But we really wanted to stay.  We started pricing two additional nights at our hotel, and different air arrangements, and…..and finally we said “let’s go home”.

The truth is that we will see a lot more of the final game on television.  Watching a basketball game in a stadium isn’t easy.

But I want to stay.

Kudos to Nova Nation.  You presented yourself really well this week.  Every Villanova student, and every Villanova alum, was positive and friendly.  Houston thinks highly of you.

Kudos also to the city of Houston for a job well done.  They absorbed the Final Four, and all of its March Madness, without blinking.

Houston is also scheduled to host the next Super Bowl, and also the next NBA All Stay Game.  Good for them.  The city was pleasant, and modern, and we had a lot of fun for our brief visit.

If the Eagles go to the Super Bowl, I will gladly return.

Heather and I had a brief “perspective” experience on our ride back to the airport.  Our driver was a fellow from Kenya.  This gentleman grew up in a village with nothing.  Nothing at all.  On most days, a once-daily meal was not a guarantee.  He didn’t wear a pair of shoes until he was 17.

He now works two jobs, and goes to nursing school.  His village sponsored the cost of his travel to the United Stated six years ago.  Now he sends money back to his village, and his family.

This man has a uniformly positive attitude about life in the United States.  He loves living here, and he loves the opportunity that he has here.   He noted that he no longer worries about whether he will have a meal each day.

I hopped into his car for our ride back to the airport, feeling sorry for myself about leaving Houston early.   I finished the ride to the airport grateful for all that is right in my life.

April 5, 2015:  I should note that I wrote all of that in between the semifinals and the final game, which was played last night.  Villanova won that game, 77-74.

If you’re not a basketball fan, go watch a video of the last 4.7 seconds of the game.   It was the best finish to a college basketball game that I’ve ever seen. 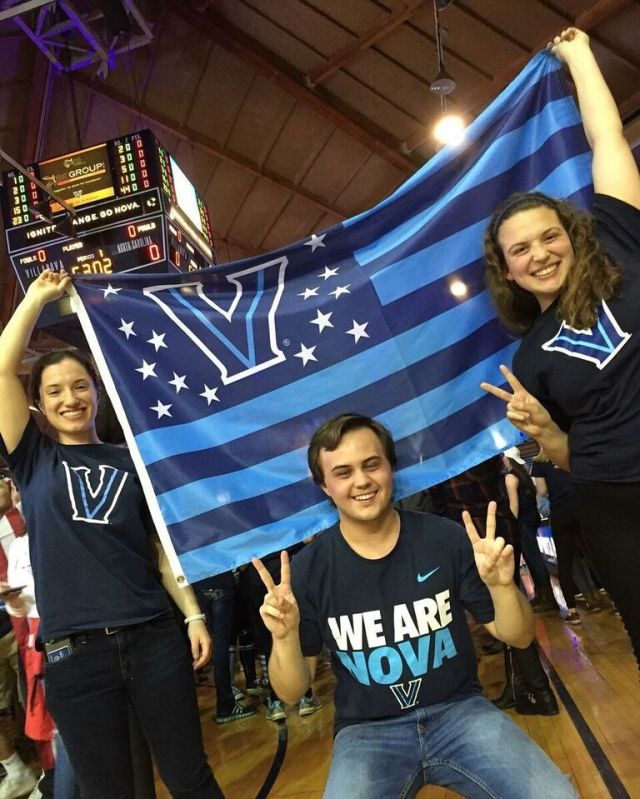 And that is coming from a Penn and PCPS grad, who is married to a St. Joseph’s grad.

I attended Super Bowl XXXIX on February 6, 2005.  The Eagles lost to the Patriots.

I returned to work on the Tuesday after the Super Bowl.  One of my colleagues said to me “I don’t understand why you’re disappointed- it’s just a game!”

Maybe it is just a game.  But people care about games.  There is a reason that the most watched TV show every year is a game.

There is a reason that our stadiums fill up for football, baseball, basketball and hockey.

There is a reason my daughter partied like it was 1985 last night on Villanova’s campus.

These games matter to me.