TCA 14 Black played in the Regional Qualifying tournament yesterday at Spooky Nook, in Mannheim, Pa. My daughter, Dylan, is on the team.

For the non-volleyballers out there, the qualifying process is:  the girls have two chances to qualify during the spring.    Last weekend they attended one qualifying tournament in Maryland, and did not qualify.  So my hopes were low on Sunday.

They did that.  They won three in a row in the morning, and then two more in the afternoon, to set up a final match at 6pm.

TCA took the first set 25-23.  And it was that close, like two prize fighters in a boxing match.  It went back and forth, and was tied at 23.

In the second set, TCA fell behind 11-16, and I was afraid that they were going to go to a third set, and lose.  I was pacing back and forth, and I was so nervous.

Sports are funny sometimes.  Once in a while something happens that can’t be predicted.   Up until this point in the championship match, TCA had won only 44% of the points.  They had won the first set, but they were down 5 points in the second set, and things didn’t look good.

Then the momentum changed.

Remember that I just noted that TCA had scored 44% of the points in the match?  Out of nowhere, they started a run, and won 94% of the remaining points.

Madison started to serve, and the next 10 minutes are like a fuzzy dream for me.  Like in slow motion, TCA went on a 13 point run.

You know the rest.

Here is a photo of the block by Aly, thanks to some great photographic work by Aly’s mom….. 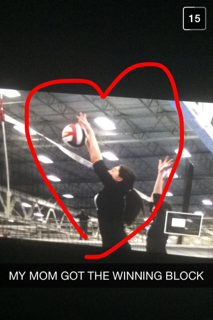 I have watched video of this point at least 10 times.  Aly blocks the ball, and the ball falls to the court in slow motion.  (At least it falls in slow motion in my mind).    There is quiet in the air for a split second, everyone looks at each other, and……and then everyone realizes that the girls have won a bid to the national tournament in New Orleans!

Take a look at the photo below. (Thank you Alyson!)  It is a photo of Pure Joy. 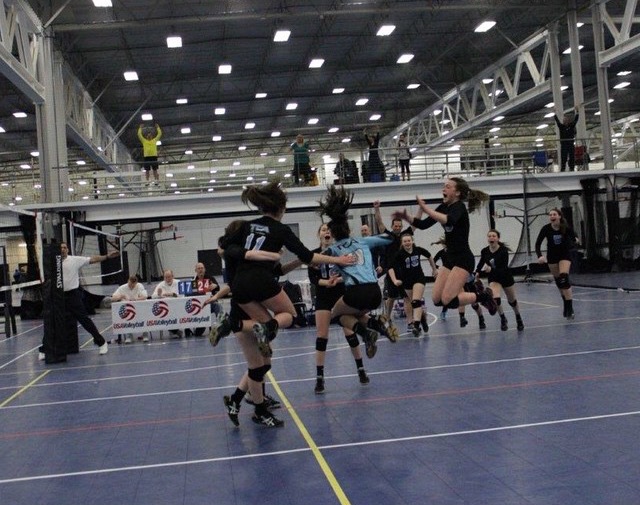 Look at the walkway above the court, and you see several parents jumping in the air.  Leo is jumping for joy on the left. (You got some real jumping skills there).  Kevin has his arms raised on the right, and Eleanor and Kim are up there, and so are Theresa and Heather. (Apologies if I forgot anyone else!)

In case you haven’t figured it out yet, this is a big deal.  A Really Big Deal.  A once in a lifetime opportunity.

But while they are playing volleyball, they are fun to watch.  They play with abandon, and with joy, and with passion.

They treat each other with total respect.  They are great people.

And the reason they have turned out to be that way is that they have great parents.  The TCA parents have all been really kind to Theresa and I.  Let me take this opportunity to thank them for that.

Our experience on the volleyball tour in years past has not always been filled with kindness and compassion, but this year it has been a great experience.

In the photo above, behind the girls, look for Coach Scott, with his arms raised in the air in victory.

He brought out the very best that these girls had to offer this year.

He does it every day with grace, and he does it in a way that makes it look like a lot of fun, even though it is a lot of work.

A well deserved victory, Coach Scott.  I salute you.  You are a really good coach.

More importantly than that, you are a really good role model for these girls.

I’ve been meaning to tell you that.

In these parts, when the Ward family really celebrates, we do something called a “flying huggie”.  Flying huggies don’t happen very often.  There needs to be a really good reason for a flying huggie.

Flying huggies are dangerous, and involve a lot of risk.  There is running, and jumping, and crashing of bodies.  It should not be attempted by those who are not properly trained.

Dylan?  I can’t remember a flying huggie with Dylan. 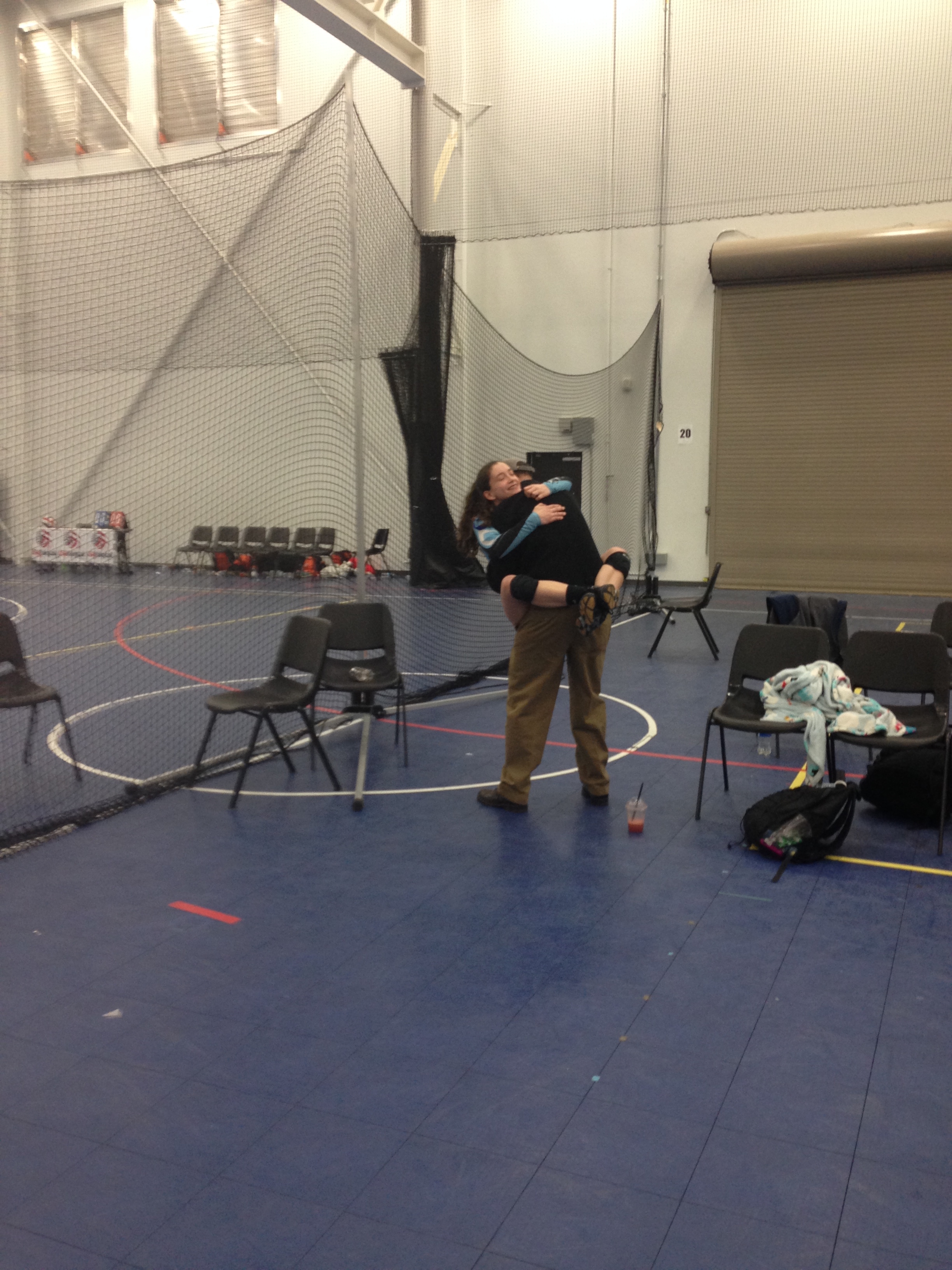