Bruce Springsteen played Citizen’s Bank Park (home of the Philadelphia Phillies) on Friday night, September 9.  He is coming to the end of The River Tour.

For those who have not attended a Bruce Springsteen concert, there are some things that he does that are different from all other musical artists.  Four examples:

1) He played 25 songs in the main set, and an 8-song encore, for a total of 3 hours and 50 minutes.  That was 13 minutes shorter than the show he played two nights before in Philadelphia.  I don’t know of any other performer who regularly plays 3-4 hour shows.

2) He interacts with his audience.  He actually goes into the audience every show, and makes physical contact with his fans.  This is a photo from Friday night, during a song where he ran into the audience, and right past where my wife and I were sitting: 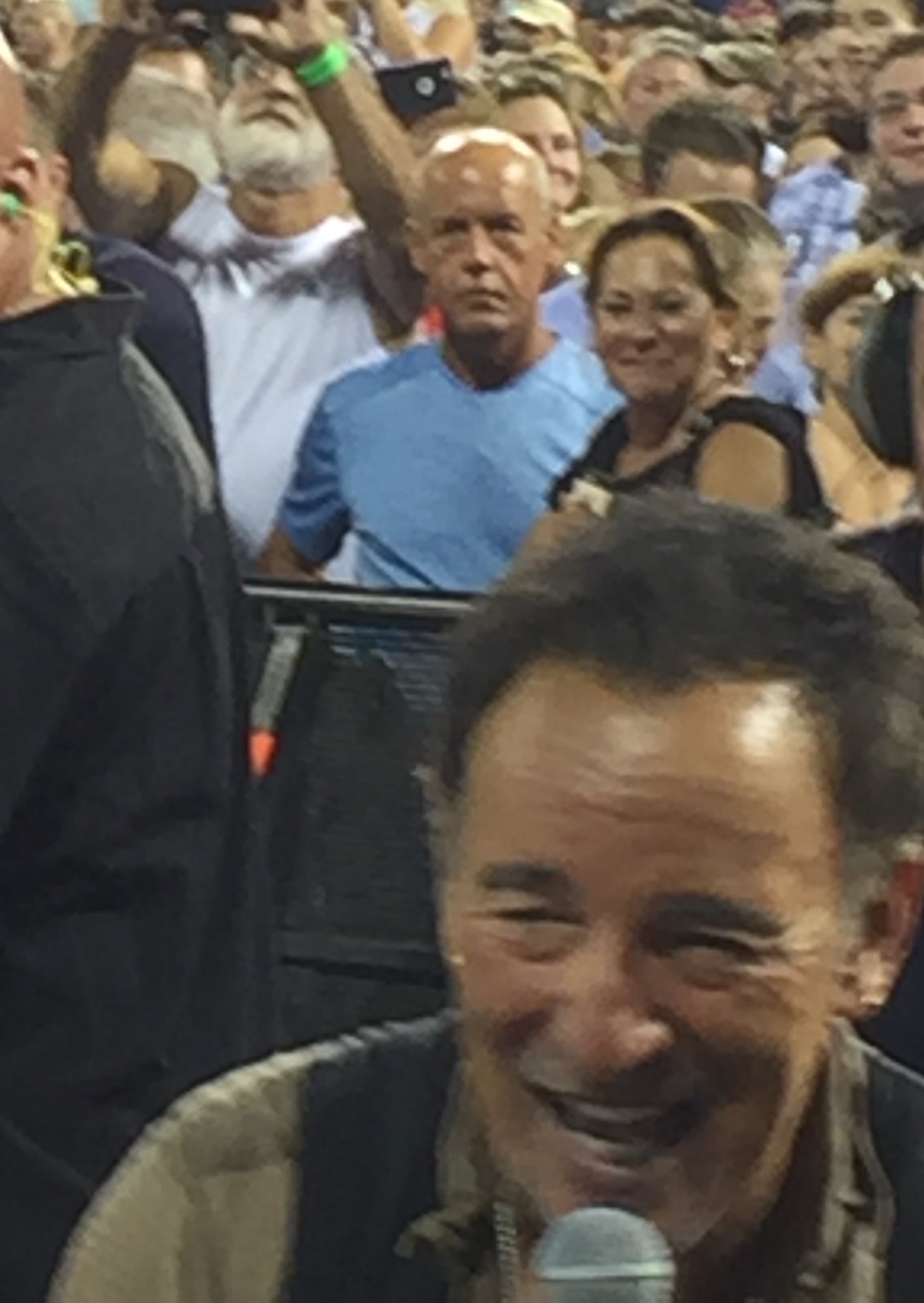 3) He takes song requests.  Fans bring signs with obscure and favorite songs, and he selects 2-3 every show and plays them.

4) He brings fans onstage.  Sometimes he brings them on for a dance with members of the band.  Sometimes, like on Friday night, he lets aspiring musicians play with the band.  On Friday night, one fan asked to play “No Surrender” with him.  Search for this on YouTube.  This particular fan was very prepared, and the version of No Surrender was outstanding.

I have included the setlist from the Friday show, (thanks to Backstreets.com for the setlist).

New York City Serenade (with strings)
Out in the Street
Sherry Darling
From Small Things (Big Things One Day Come)
I’m Goin’ Down
Loose Ends
It’s Hard to Be a Saint in the City (with Vini Lopez)
Spirit in the Night (with Vini Lopez)
4th of July, Asbury Park (Sandy)
Kitty’s Back
Rosalita
No Surrender
My City of Ruins
American Skin (41 Shots)
The Promised Land
Candy’s Room
She’s the One
Racing in the Street
Lucky Town
Hungry Heart
Darlington County
I’m on Fire
Because the Night
The Rising
Badlands
* * *
Streets of Philadelphia
Backstreets
Born to Run
Dancing in the Dark
Tenth Avenue Freeze-out
Shout
Bobby Jean
Jersey Girl