I like big dinner plates.  When I say “big”, I mean like the size of trash can lids.   I want to be able to empty the contents of our refrigerator onto my plate. Think “caveman” dining.

Theresa noted that she read an article that suggested that people only eat as much food as they have in front of them.  In other words, big plate equals big meal, small plate equals small meal.  I thought that that was the dumbest thing I had ever heard.  I’m not dumb enough to be influenced by plate size.  If I want a giant meal, I will go back for seconds and thirds, and keep eating. 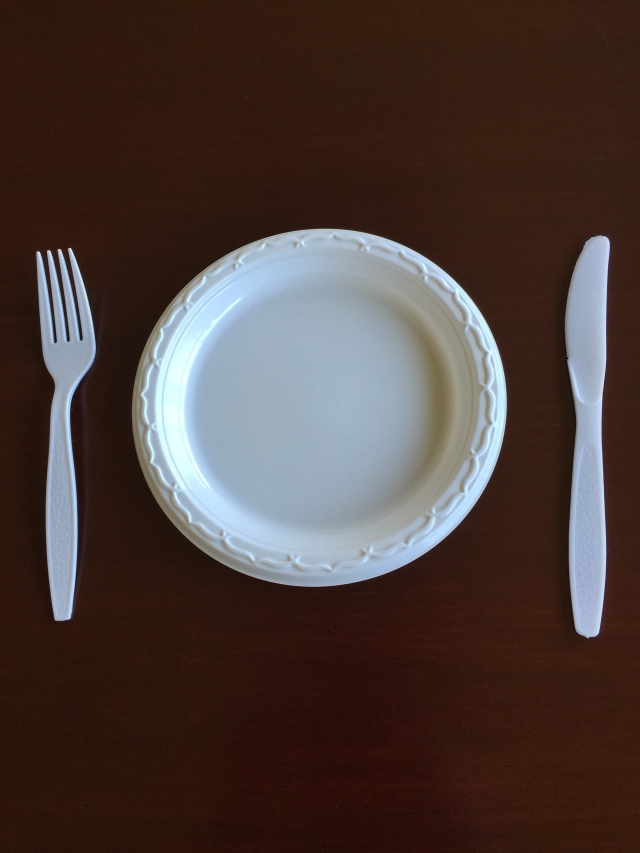 That was what I thought, anyway.  It turns out that I am influenced by plate size.  Sometimes I go back for seconds, but not that often.  And I’ve never gone back for thirds or fourths.  The size of the plate has made me more conscious about how much I eat.  I have lost some weight since we changed plate size.  I am now at my ideal body weight.  What I learned is that I sometimes eat unconsciously.

I think I like these new plates.  They’ve helped me be more conscious about my eating.

Eating is not the only thing I do unconsciously.  I do the same thing with spending.  I see something at Amazon or EBay, and I order it.  “I see it, I want it, I must have it right now”.   On some level, I am convinced that happiness can be found in one of those cardboard boxes that the UPS driver leaves outside my front door.

A few months ago, I realized that I probably need to change the size of my plate for spending, too.  So I set up an allowance for myself.  I also committed to writing down every discretionary purchase I make. It’s the same idea as dinner plates.  My first thought was “This is silly-I’m too old for an allowance”.  But it is working.

In the last two months, I became conscious about my spending, and my discretionary spending is down by 90%.