Tomorrow is the primary election day in the state of Pennsylvania.

A few facts about our election system:

That means that for every 100 people living in the U.S., only 20 voted for the President. 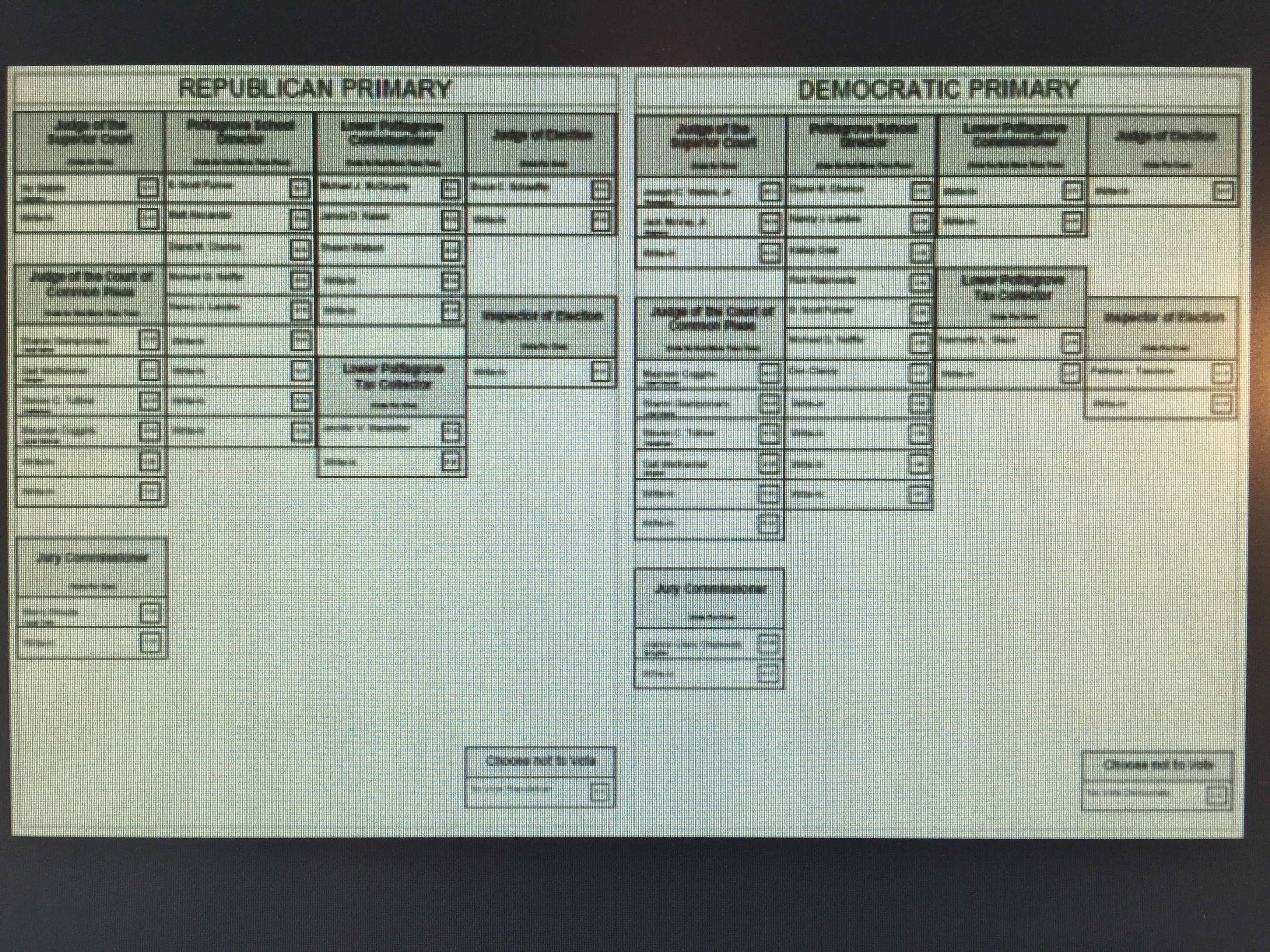 Let’s put that in perspective.  Imagine a group of 125 people who are trying to make a decision.  17 take part in a vote.  9 vote for the winning side.

That decision represents the will of 125 people.

It is ridiculous that 9 people are allowed to decide what happens to 125 people.  But since I have a choice, I am going to be one of those 9 people tomorrow.