The ants kept storing food, and the grasshoppers told the ants “don’t worry-there is enough!”

But I watch the grasshoppers, and it looks like they are having fun.

In the interest of full disclosure, I should mention that I am having an affair with a lady who works for our local financial services firm.  This firm was founded by some super-ants.  She is a super-ant.  She has worked for this company for about 15 years.  So we save a lot.

I have read that 50% of all Americans have saved nothing for retirement.

How much do we need for retirement?  That is an ant question.  There are a lot of ways to answer it, so I will share one way.

One calculation is to take your current annual spending, and multiply it by 20.  That is an estimate the amount of savings that can last all of your retirement.  That allows an approximate 3-4% withdrawal every year, forever, assuming that your investments gain 3-4% a year.

But 50% of Americans have nothing saved.

What happens to the grasshoppers when winter comes?

A generation ago, companies provided pension plans to their employees.  An employee who worked his/her entire life at a company could retire with a pension that provided for a reasonable retirement.

I have met people who have lived in refugee camps.  I know a couple of people who have been homeless, one of them for over a year.    Some of my relatives lived through the Great Depression. Some friends have been in war zones.

These are people who did not have much. But they don’t seem to struggle with the concept of “not enough” in their lives.  But I do.

I was getting a haircut on Wednesday night, and the woman cutting my hair said “God will provide”.

Really?  What about for my friends who were homeless?  What about for the people in refugee camps?  None of them chose to be there, and some of them were really smart, really hard working people, who were caught up in circumstances.

What about “God helps those who help themselves”.

Maybe.  Let me think about it.

I drive 120 miles roundtrip every day for work.  I don’t recommend it, but I have a great gig, which happens to be in Princeton.  So I drive.

There aren’t many gas stations on my route.  The middle 50 miles has no gas stations at all.  So I have to be conscious of how much gas I have left.

About twice a year, there is a “mother of all traffic jams” on my commute.  A truck overturns, spilling its contents on the road.  Or there is an accident with a fuel spill and a car fire.

Whatever the cause, a couple of times a year, my ride turns into an adventure.  And “how much gas do I have” becomes an issue.

During one of these traffic jams, I spent 4 hours in the car.  I saw several people who ran out of gas,  pushing their cars to the side of the road.

So I make it a practice to always have at least 180 miles of gas in the car in the morning for my 120 mile commute.

Theresa took my car out last night, and left it with 175 miles of gas.

So I stopped at the gas station this morning.  Because I don’t want to run out of gas on the Pennsylvania Turnpike during the mother of all traffic jams. 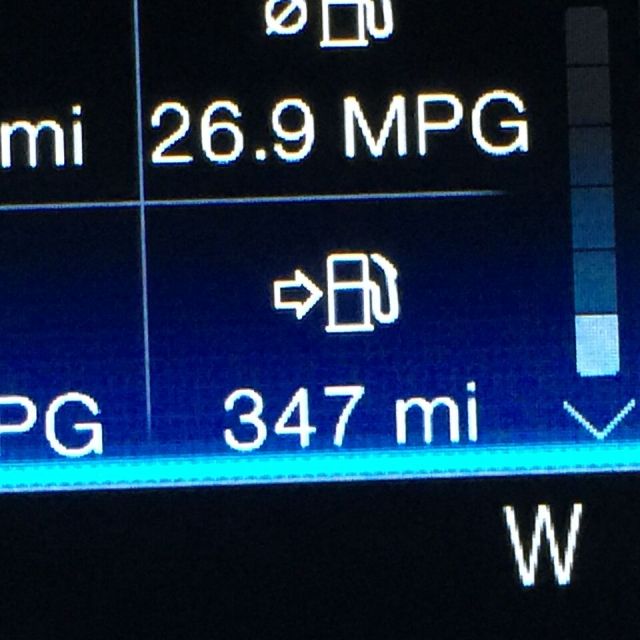 I’m still working on it.